Northampton has relatively low levels of recycling, recycling just over 40% of our waste as compare to many other cities and areas in the world that recycle up to 70%-80% of their waste (1)

As the map below shows, even just within the England, Northampton does not yet measure up to other areas of the country that recycle between 60%-70% of their waste. (2) The Northamptonshire Waste Partnership, which is made up of the 8 councils in Northamptonshire stated in 2012 that their recycling goals for Northamptonshire were to recycle at 52% by 2016, 54% by 2020 and 56% by 2025. (3)  This so called "waste-to-energy" incinerator would directly undermine those goals.
​
Waste incineration undermines recycling. Rather than operating in tandem--where recyclables are recycled and only non-recyclables are burned--incineration and recycling typically compete for the same waste materials, the same government funds, and the same waste management contracts. This conflict is particularly clear in so-called “waste-to-energy” incinerators such as the one proposed here in Northampton, and it could be prioritized above recycling at the local level, and as a result have a consistently negative impact on waste prevention and recycling efforts, as well as on workers who make a living from recycling. (4) 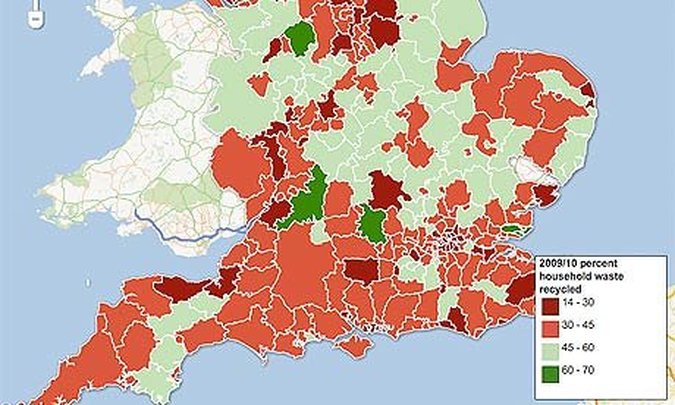 Economic Reasons to Invest in Recycling Rather Than Incineration
information supplied by: National Recycling Coalition (http://nrcrecycles.org)
♻️
Well-run recycling programs cost less to operate than waste collection, landfilling, and incineration.
♻️
The more people recycle, the cheaper it gets.
♻️
Recycling helps families save money, especially in communities with pay-as-you-throw programs.
♻️
Well-designed programs save money. Communities have many options available to make their programs more cost-effective, including maximizing their recycling rates, implementing pay-as-you-throw programs, and including incentives in waste management contracts that encourage disposal companies to recycle more and dispose of less.
♻️
Recycling creates jobs-Recycling creates four jobs for every one job created in the waste management and disposal industries.
♻️
Public sector investment in local recycling programs pays great dividends by creating private sector jobs. For every job collecting recyclables, there are 26 jobs in processing the materials and manufacturing them into new products.

Environmental Reasons to Invest in Recycling
♻️
​Recycling and composting diverted nearly 70 million tons of material away from landfills and incinerators in 2000, up from 34 million tons in 1990-doubling in just 10 years.
♻️
Every ton of paper that is recycled saves 17 trees.
♻️
The energy we save when we recycle one glass bottle is enough to light a light bulb for four hours.
♻️
Recycling benefits the air and water by creating a net reduction in ten major categories of air pollutants and eight major categories of water pollutants.
♻️
Manufacturing with recycled materials, with very few exceptions, saves energy and water and produces less air and water pollution than manufacturing with virgin materials.
♻️
It takes 95% less energy to recycle aluminum than it does to make it from raw materials. Making recycled steel saves 60%, recycled newspaper 40%, recycled plastics 70%, and recycled glass 40%. These savings far outweigh the energy created as by-products of incineration and landfilling.
♻️
As an example, In 2000, in the United States, recycling resulted in an annual energy savings equal to the amount of energy used in 6 million homes (over 660 trillion BTUs). In 2005, recycling is conservatively projected to save the amount of energy used in 9 million homes (900 trillion BTUs). And A national recycling rate of 30% reduces greenhouse gas emissions as much as removing nearly 25 million cars from the road.
♻️
Recycling conserves natural resources, such as timber, water, and minerals.
♻️
When one ton of steel is recycled, 2,500 pounds of iron ore, 1,400 pounds of coal and 120 pounds of limestone are conserved.
♻️
Recycling prevents habitat destruction, loss of biodiversity, and soil erosion associated with logging and mining.