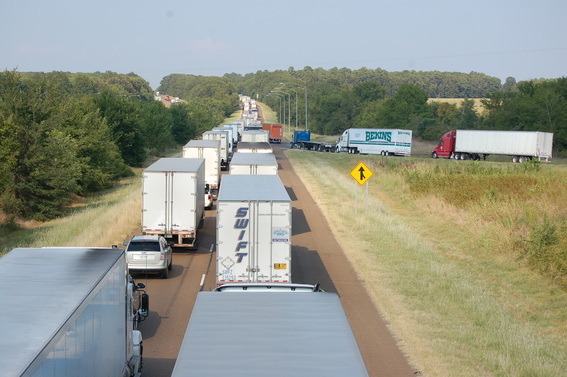 A Huge Increase In Lorry Traffic

Rolton Kilbride have continually changed their story with regards to how many lorries would be needed to feed the plant.

Because of Rolton Kilbride's ever increasing estimations of how many 8 ton lorries will be added to the already we did the math:

Keep in mind that this 200,000 tonne capacity incinerator is 5 times larger than any existing "gasification" plant of its type in the UK.

The 200,000 ton capacity incinerator must be fed 24 hours a day, supplied by 8 ton lorries

A GRAND TOTAL OF 208 LORRY MOVEMENTS A DAY

which will only further compound Northampton's existing congestion problems.

The waste that will be incinerated will not just be domestic but include commercial waste and industrial waste.

Rolton Kilbride has not given a detailed account of where exactly this waste will be trucked in from and therefore exactly which roads in Northamptonshire will be affected by this massive increase in lorry movements.


Add to this the Carbon Dioxide that will be emitted by the huge increase in lorry traffic 6 days a week in and out of Northampton in order to feed the 200,000 tonne capacity plant with enough rubbish to run 24 hours a day.

​Lorries emit from 60 to 150 g per metric ton of freight per kilometre (1)
Each 8 tonne lorry would emit between 480 and 1,200 g of CO2 per kilometre
If you calculate just a 20 kilometre radius through Northampton for 104 lorries a day to travel to the incinerator they would be emitting between 1,200 and 24,000 grams of CO2 for that journey.
With each lorry that drives the 20 kilometres in to central Northampton then driving the return journey out of Northampton that would be between 2,400 and 48,000 grams of CO2 per lorry per day just within that 20 kilometre radius which equals: 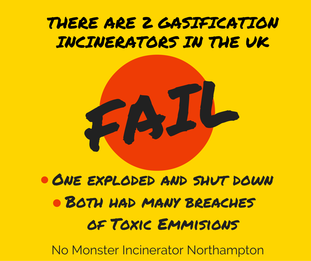