Which areas of Northampton will be affected? 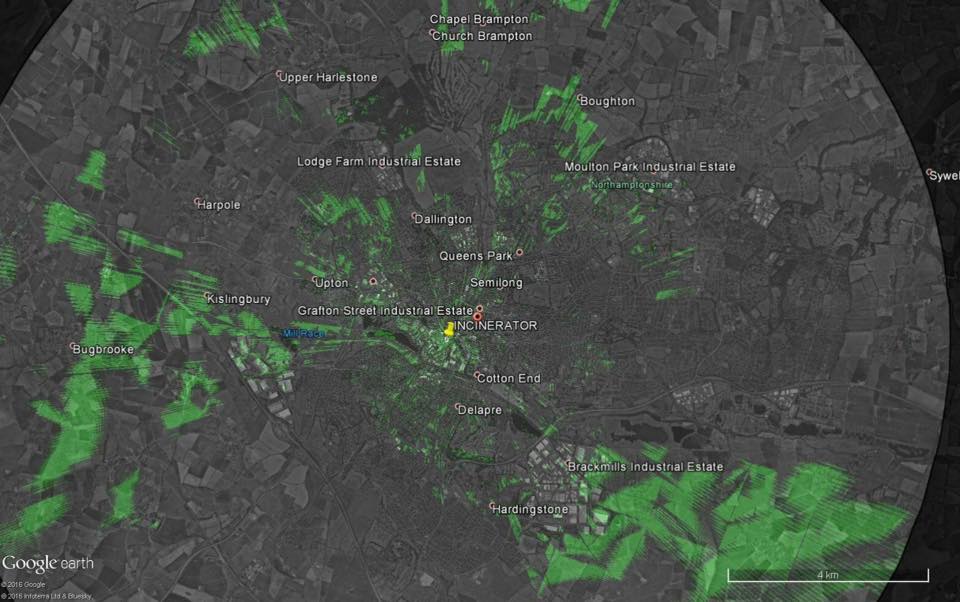 With a main building that would stand at 45 metres and a smoke stack of 80- 85 metres the gigantic plant would not just tower over many areas in central northampton and the town centre but will be visible from many other areas as far away as Althorpe, Chapel Brampton, Bugbrooke, and Upper Harleston just to name a few.

Locals are all familiar with the old elevator tower that can be seen from so many parts of Northamptonshire, now imagine from all different areas and parts of town seeing an additional tall structure in the distance, but this one would be emitting dioxins and other pollutants.

Which way will the wind blow?

Huge increase in numbers of lorries = more congestion and pollution

The proposed plant, at 200,000 tons capacity is 5 times larger than any existing "gasification" incinerator of its kind in the UK and would require 208 LORRIES A DAY, 6 days a week to feed the plant. (More information on the increase in lorry traffic HERE)

Below is a representation, to scale, of the size of the building which would tower over Northampton 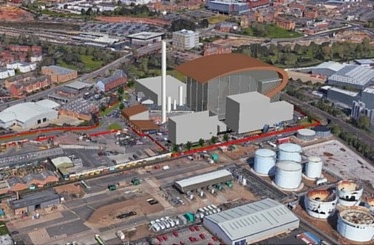